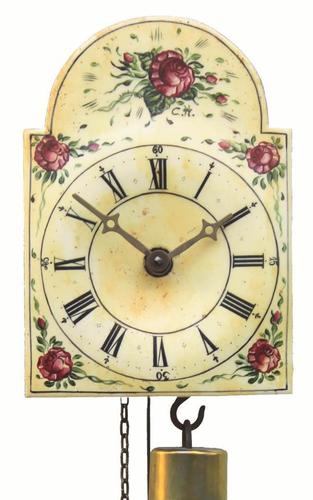 It is largely due to the Romans that there are roads through the Black Forest, as they traveled through here as it was part of their frontier during the Roman Empire. This road exists today and is used by tourists where it is now called “The Neckar-Alb Roman Road.”

This area is heavily wooded, making it hard to access and live in. The Romans deemed it Black Forest, or “silva nigra” and only inhabited the far borders of the region.

…it was the Alemanni who would come and settle in the region permanently. The region retains a lot of this original Alemannic culture today. …during the Middle Ages, the region would be almost completely deforested. Thankfully, during the 1800s a reforestation effort took place to restore it to its former glory as the largest forested region in Germany,

…which it remains today.

The forest is largely filled with spruce trees along the higher parts of the region near the low mountain ranges. The southern part is decidedly rougher with higher mountain ranges and lower valleys. In the southern area of the region, you will also find the Wutach Gorge and various moors. The highest elevation in the Black Forest is also found in the southern region, Feldberg, which is located an impressive 4898 feet above sea level.

Coocoo clocks, in particular, have become the main symbol of the Black Forest, and are so well-known and well-designed that people around the world view these clocks as some of the best products made in all of Germany. of the Black Forest region and has still remained popular and untouched by cheaper imports produced in other parts of the world.

Tourism and Places of Interest

As mentioned earlier, the Black Forest region is a popular tourist and vacation spot.

As to be expected,

…the southern part of the forest is the warmer part of the region and is more conducive to growing various food items, including vineyards which produce great wine. Food from the Black Forest region is not only delicious but also home to many specialties known all around the world such as Black Forest ham or Black Forest cherry cake. Here is a recipe for how to make the cake.

Should you visit this region,

…there are also numerous places of interest to visit should you want to learn more about the clock-making tradition. The German Clock Route travels through the Black Forest and is home to several museums, factories, and clock workshops.

In particular, the German Clock Museum is the most extensive and filled with numerous exhibits and information about the tradition of clock-making. The Black Forest region has become well-known all around the world. As a result, it is a popular tourist and vacation spot. The landscape in the region, complete with low mountain ranges, makes it a beautiful spot for visiting and is also conveniently located on the border with Switzerland and France.