The History of German Cuckoo Clocks


Get to Know the History and Types of These Incredible Clocks

The legendary cuckoo clock is a treasure trove of interesting facts and intricate designs. Learning the history of how the clocks came to be is part of the overall unique experience of being an authentic cuckoo clock owner.

There are more to the artful clocks than time-honored tradition,

..each style of clock has its own flare to add to your home.


There are a few different styles of cuckoo clocks to choose from. These are simply a matter of taste, but often collectors hear the “call” of a certain clock or two.

But there are a few others styles to choose from;
(all handmade in the Black Forest Region of Germany by master clockmakers.) 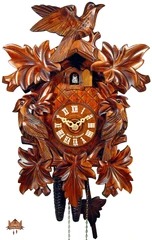 This is sometimes called classic or carved style. These hand-carved clocks usually include Black Forrest wildlife. Sometimes they are simply nature themes, other times they include people and hunters. Usually, this classic style includes deep carvings and rich wood stains. 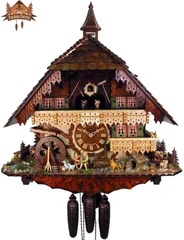 This style is intended to show off finely carved details and hand-painted figures. This is typically the type of cuckoo that will animate and play music, however, not all chalet styles do so. You may see the figures move or dance! 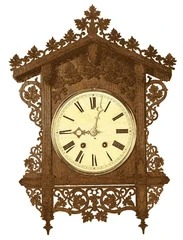 This is also known as the Bahnhäusle Uhren and is based on the 1850 Friedrich Eisenlohr’s design. The Railroad House is one of the most popular designs to this day. The clock displays a station house façade, pitched roof and is usually ornately covered in hand-carved grape vines. They sometimes also include detail paintings on the clock face. 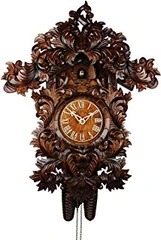 These are also called antique reproductions. Today’s most popular of this design tend to be inspired by baroque-era clocks of the 18th century and 19th century. Modern-day clockmakers can produce ornate mechanical clocks in many styles complete with shields and figurines. 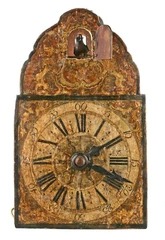 The Shield style clocks were some of the first cuckoo clocks made in the Black Forest. This style dates back to the 1750s. The shield style cuckoo clocks are hand built and painted by artisans and can sometimes be miniature. Some typical various may also include no cuckoo or animated charters.

The innovations of the cuckoo clock are continuing to develop. Today’s modern designs can include simple designs with clean lines or even geometric shapes and colorful displays. The contemporary style is in growing demand and is still produced in line with standards of Black Forest quality.


The rich history of the cuckoo clock has his roots in the Black Forest region of Germany. Authentic cuckoo clocks are still hand-produced there today. The clocks date back hundreds of years to the 1600’s (or even earlier) BUT shot up in popularity during the 1700s.

The first major production center was the city of Furtwangen. 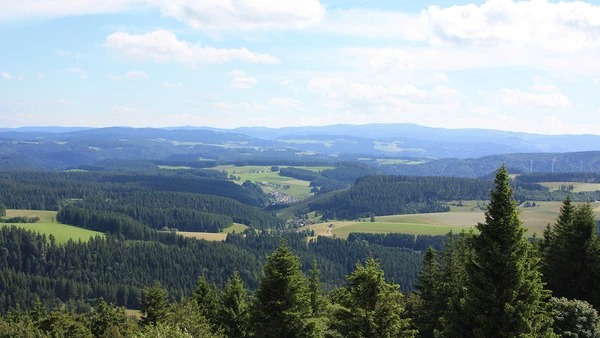 The region is heavily wooded and gave rise to the materials of cuckoo clocks. The access to quality wood as well as skilled artisans, that knew how to carved and cure the wood, let the production grow with the popularity of the clocks.

The first cuckoo clocks were basic wooden clocks, called Foliot clocks. They featured an exposed mechanism that had a wooden hand that kept the time. 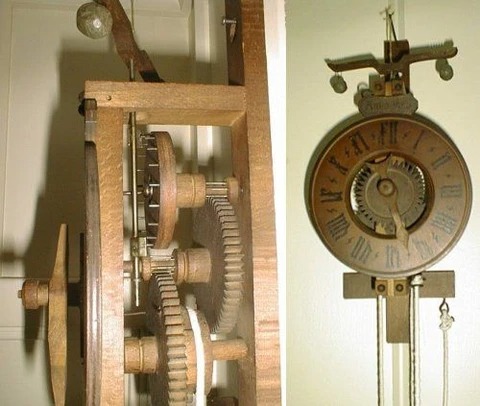 Established trade routes from the glass industry of the time helped the clocks gain popularity throughout Northern Europe. Clock carriers would travel with the clocks and sell them along the well-established roads. Before long, the clocks were in high demand and an industry was born. 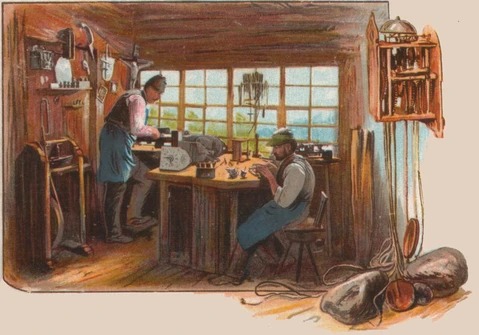 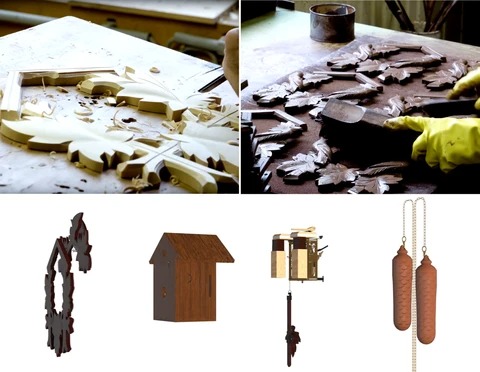 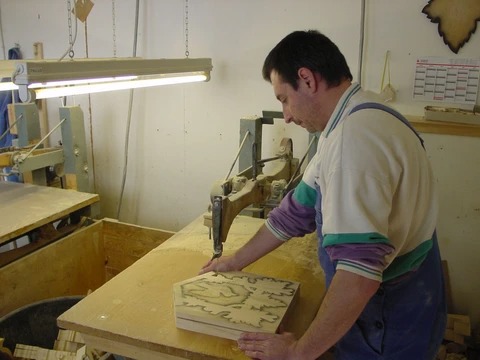 The spindle drill was a very helpful invention that sped up production time. Eventually, skilled craftsmen flocked to the area and the clockmakers began creating the clocks in teams. Simple clocks were still the money makers of the day, but the cuckoo clocks were fast growing in popularity. 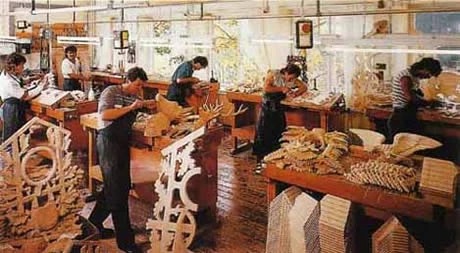 Production really began to take off in the 1800s. Clockmakers began to work with wholesale companies to keep up with demand. These companies would help distribute the clocks so the clockmakers could simply focus on production. Small workshops blossomed into large factories. 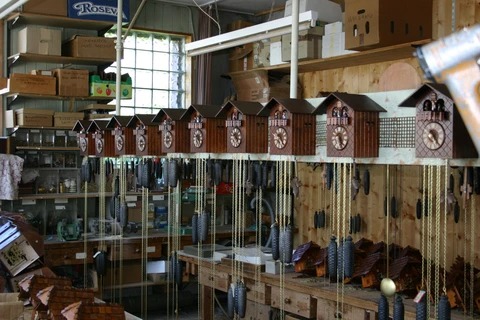 At this time, nearly half of all clocks being exported around the world were originating from the Black Forest.

…the production of authentic cuckoo clocks took a tumble.

Both World Wars had taken a toll and the rise of cheaper clocks, made from mass-produced plastic, became popular by the 1970s.

But today, the cuckoo clock is in the midst of a revival!
More people are in search of authentic, handmade items. These clocks have stayed high quality and are designed to be passed down for generations to come. 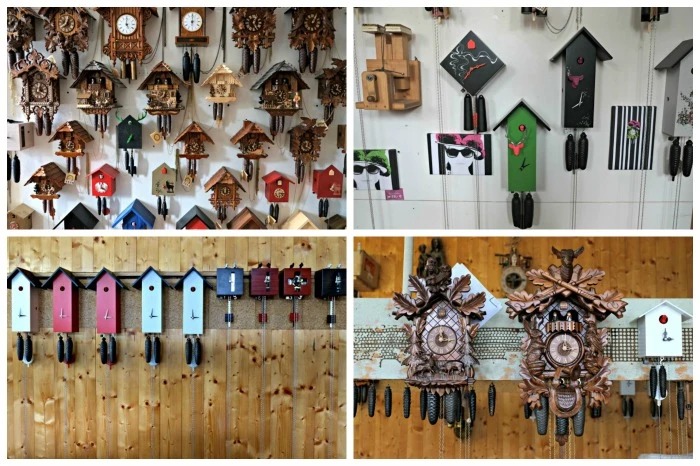