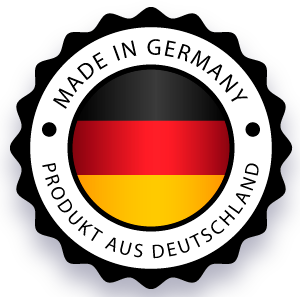 A stunning work of art that recreates the atmosphere of one of the most beloved of all cuckoo clocks themes. Germans proudly maintain that the traditional hunting clock (also known as jagdstuck), was birthed in the legendary hunting grounds of the Black Forest; thus, renowned clockmakers in the region make it their personal responsibility to create outstanding hunting-themed timepieces that are authentic as well as original in tone and design.

The earliest hunting clocks that were crafted in Black Forest workshops in the 1860s incorporated three-dimensional carvings of the deer head, hunter’s catch, hunting gear, and oak leaves. This replica by August Schwer clocks outshines others in its class by tastefully merging antique traditional hunting clock features with contemporary elements like the iconic cuckoo, Swiss music box, and colorful dancing figurines to make it a highly attractive and animated timepiece.

The all-important trophy of the stag head over two crossing rifles creates a striking effect on the roof of the clock, and on either side of it are detailed carvings of branches and leaves of the endemic oak tree. The traditional hunter’s bag of hare and pheasant hang suspended on either side of the clock dial in true to life depiction of the scene. Hunting gear is abundantly visible throughout the clock front, with two rifles on top, and a belt powder pouch hanging from the bell of a horn that prettily encircles and enhances the vintage dial. A beautiful floral trellis design extends from the base giving the clock a feel of extra height.

Exquisitely crafted and handpainted traditional dancing couple figurines add a great deal of vitality to the entire picture as they begin rotating to the merry sounds of the music box every time the cuckoo announces the hour. This timeless trophy comes to you with Black Forest VdS certification together with the undisputed August Schwer guarantee of design, craftsmanship, and reliability.